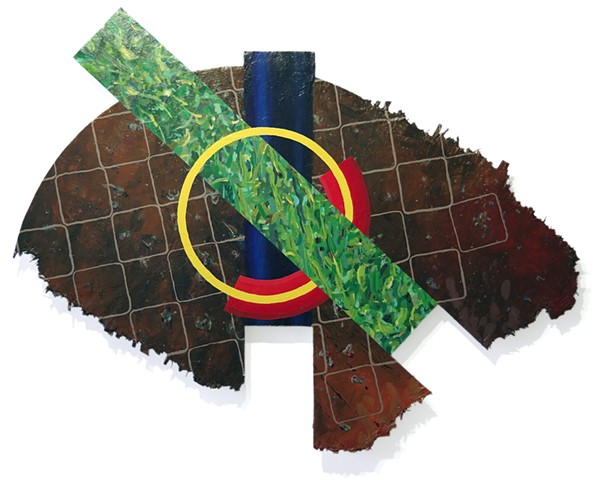 In the dark layers of history, as in the dark layers of Earth's sediment, there are ordinary things that may have been meaningless when in use, but as time passed and memory faded they become curiosities and puzzles. Maybe even priceless discoveries. This painting started as a layer of dark brown, always suggesting to me the soil that is our terra firma home. With the addition of other second layer marks, I felt that it touched on the activity of archeologists and finding evidence of the distant past. Then I began my own exploration: maybe what is uncovered in the dirt shows a lush environment that has long since become arid. Maybe in the detritus of trash is a treasure as bright as a golden ring.