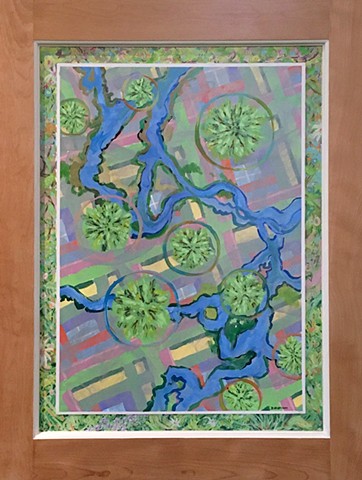 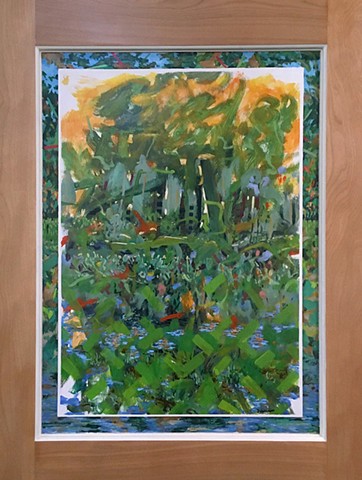 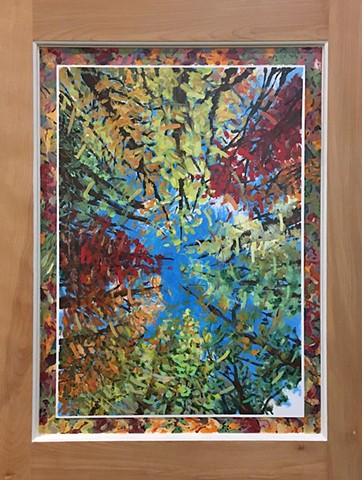 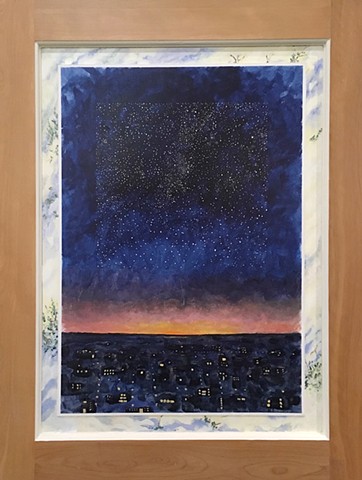 This series of paintings is done on salvaged wood door panels that were removed from the church sanctuary of Gloria Dei Lutheran in Saint Paul MN in the summer of 2022 during interior renovation. Instead of allowing the construction workers to scrap the several 15' tall doors to the landfill, I claimed several of them, and cut down four into smaller, nicely framed panels. Stripping and refinishing the outside frame revealed some really beautiful wood - almost too pretty to begin putting a loaded paint brush onto with my artwork intention. But the final result is a series that recalls the outdoor feeling of the four seasons: Spring, Summer, Autumn, and Winter. The paintings each took on a different style as they evolved in my studio. The panels have a small frame within the frame as part of their structure, and I used this as a design feature to create a painted counterpoint to the main panel. This was a technique used by Edouard Vuillard in a very large landscape painting at the Art Institute of Chicago, www.artic.edu/artworks/109926/landscape… a favorite of mine, in which he painted a floral frame, like a window opening, around the edge of the epic-sized painting. The Four Seasons has been a favorite subject of artists of all disciplines: visual, musical, dance, literary. It's a mostly universal theme that resonates intimately in the experience of those of us who live beyond the equatorial zone of the earth.