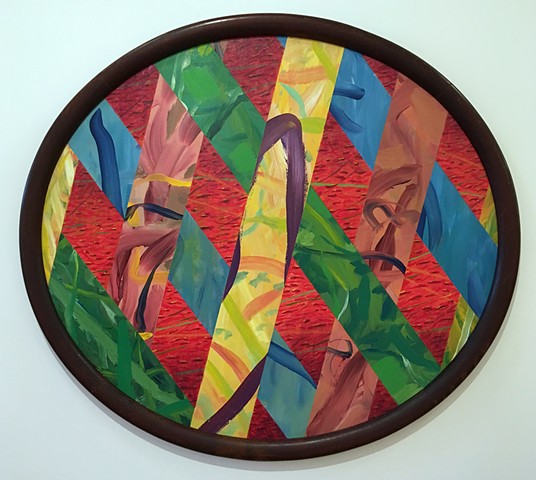 This painting is my response to "An Inconvenient Sequel", Al Gore's 2017 follow-up film to the original Academy Award winning movie, "An Inconvenient Truth". The variety of places on this earth: green space, ocean, arid land, are all being affected by the current civilization's disruption of the ecological balance which evolved over millennia. Even with the myriad of social issues that we face today, at some point in political time this issue of climate change will be the ultimate coalition-maker. Will it be before or after the tipping point of no return?